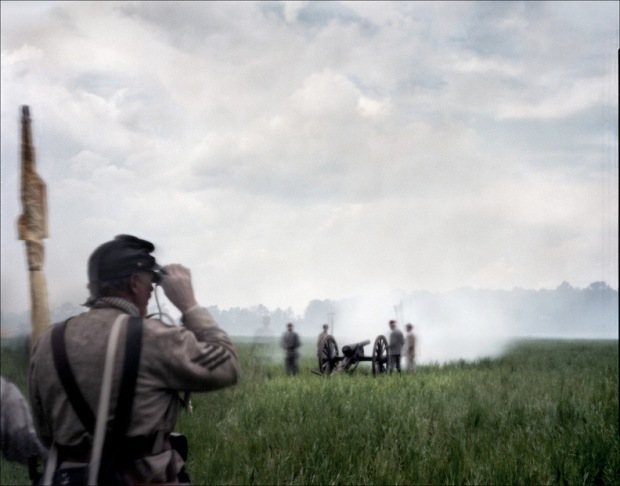 One hundred and fifty one years ago today one of the first epic battles of the Civil War was fought along the banks of the Tennessee River at a place called Shiloh.  In early April 1862 Ulysses S. Grant began to land his Union troops at Pittsburg Landing along the Tennessee for an eventual march on Corinth Mississippi, a vital railroad junction for the Confederacy.  On the evening of April 5th, as the Union troops rested in their camps, Confederate General Albert Sydney Johnson, looking to attack Grant while his troops were still consolidating, marched his 44,000 Confederate troops from Corinth to within a mile of Grant and waited.  At dawn on April 6th 1862, these Confederate forces came screaming from the woods in a surprise attack that would almost destroy Grant’s army.  Fortunately for Grant reinforcements would arrive that evening and on the following day Union forces counter attacked and eventually sent the Confederate troops retreating back towards Corinth.  The two days of fighting at Shiloh was the largest battle of the Civil War to date and would produce a staggering, 24,000 casualties.  Learn more about this pivotal battle at the links below: