“We bivouac on the cold and hard-frozen ground, and when we walk about, the echo of our footsteps sound like the echo of a tombstone. The earth is crusted with snow, and the wind from the northwest is piercing our bones. We can see our ragged soldiers, with the sunken cheeks and famine-glistened eyes.”  Sam Watkins – 1864 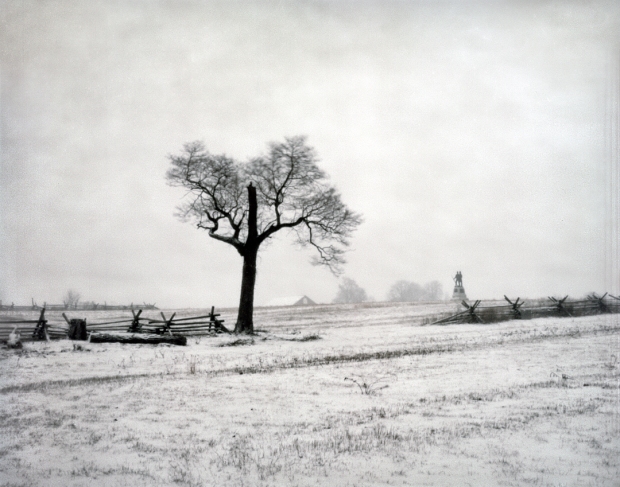 As I peer from my hotel room window the snow is falling in Gettysburg – the beginnings of winter storm JANUS were having their effect on this small Pennsylvania town. Forecasters first called for a light dusting but this soon turned into a blizzard. As the storm took hold the near arctic white-out conditions transformed this famous 19th century battlefield… 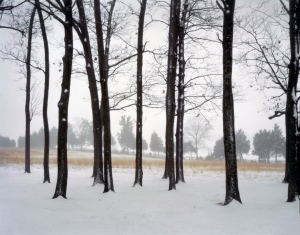 The wind is howling in all of these images.  The sideways blasts of snow that were hurling across the landscape are recorded as an atmospheric mist in these long pinhole exposures.  Familiar landmarks that dot the battlefield are captured in their geometric essence – nearly all color washed out by the winter tempest.

Gettysburg as well as all the other battlefields of the American Civil War are 19th century landscapes in our midst.  Seeing and photographing this battlefield during this winter storm will help illustrate the coming storm in 1864…

“The war had acquired a decidedly nasty edge as it rolled into its third year.  The exuberance and sense of gamesmanship of earlier days had died, and the chivalry had crumbled in the face of harsh realities..”***** 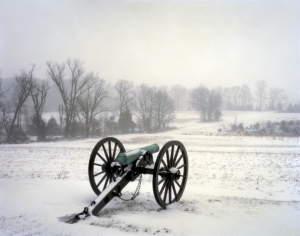 As the Civil War continued into its third year the two opposing armies settled into their winter camps and began to ponder the approaching spring and what it might bring.  In Virginia the armies had battled over and still faced each other on the same ground since the onset of the war.  From the Shenandoah Valley to Alexandria and the outskirts of Washington was one enormous military camp. The once rich and abundant countryside of Virginia now desolate after three years of war.

“North of the Rapidan, tin pots, bones and shell fragments littered a wasteland of stumps and brambles… Not a house nor fence, not a tree to be seen for miles, where once all had been cultivated farm-land, or richly wooded country…Headstones hacked from boards and hastily scrawled with the names of dead soldiers were the only visible planting”*****

Sitting in their respective camps veteran soldiers both north and south shared a growing premonition that the fighting would get worse before it ended. 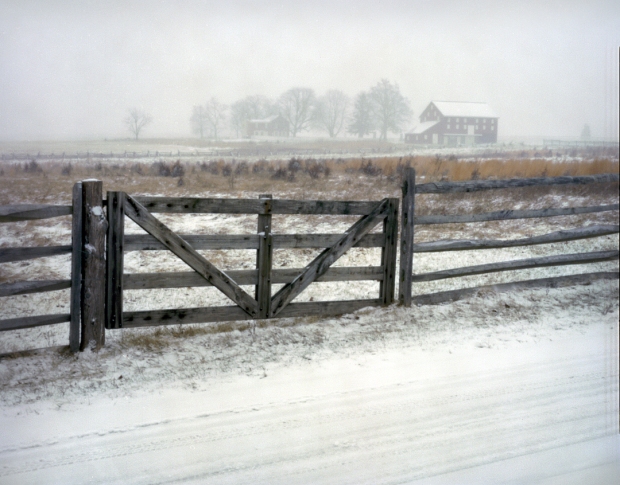 “The Army of Northern Virginia’s usual optimism was tempered by a sense of foreboding. Henry K.  Douglas, who had served with the army from the start, remarked that a grim, determined mood had replaced the jauntiness of former years… The conviction that the struggle ahead of us was of a different character from any that we experienced in he past- a sort of premonition of the definite mathematical calculation, in whose hard, unyielding grip it was intended our future should be held and crushed”.*****

This optimism in face of adversity was also tested by the fact that the Confederates could plainly see the Union camps across the river getting larger.  The Union Army was refitting – it’s ranks swelling with new recruits.  It was a decidedly different affair in the Southern camps where desertion was on the rise. The Confederacy was running out of resources to the point where, for the foot soldier, getting enough to eat and having a pair of shoes seemed a luxury in 1864.

Winter camp during the Civil War although free from combat could nevertheless be deadly.  The close confines of the 19th century camp, it’s poor sanitary conditions led to casualties and death from disease.  For this reason officers kept their men active in the winter months by incessantly drilling.

“The usual routine of army life was carried on day by day, with not many incidents to vary the monotony of camp life. But occasionally the soldiers would engage in a snow ball battle, in which generals, colonels, captains and privates all took part.”  – Sam Watkins, Winter of 1864

In the Union camps officers prepared for a grand review of the army and the Washington Birthday Ball.  A giant tent was erected for the festivities with prominent ladies of Washington taking the train down to the camps to attend. 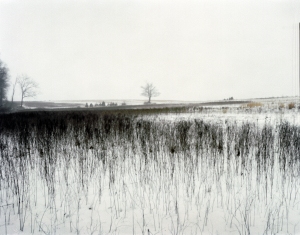 “Union officers seemed to make a particular effort to be gay, as if perhaps the music and laughter and the stylized embrace of the dance might help everybody to put out of mind the knowledge that in the campaign that would begin in the spring a considerable percentage of these officers would unquestionably be killed” …

“That knowledge was not easy to avoid. The war was just finishing its third year, the end of it was no where in sight, and what lay ahead was most certain to be worse than what had gone before….Neither the officers who wore spurs and swords to the dance floor, nor the women who swirled their skirts to the music, retained any romantic illusions about this war”***

“It was necessary for Mr. Lincoln to begin to think about what was going to happen after the war ended; Mr. Davis had to concentrate on ways and means by which the war could be kept from ending…for one man the horizon was expanding, for the other it was growing fatefully narrower…” * 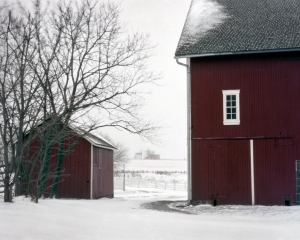 President Lincoln faced a reelection campaign in the fall of 1864 in which his prospects seemed to grow more faint every day the war continued.  Southerners prayed for Lincoln’s defeat realizing a change in Washington could signal independence for the Confederacy.  This is expressed in Jefferson’s Davis’ statement recorded in early 1864,

Many southerners believed that if the Northern people could be made to realize there was no hope in ending the war on the battlefield in 1864 their newly elected president would have to sue for peace. With the South’s dwindling resources victory on the battlefield was their only hope.

As Shelby Foote relates, “from the beginning the Confederacy had too much to do and not enough to do it with, and although it could not bring requirements into line with resources, it clung to the simple faith that Southern valor would overcome all obstacles”** 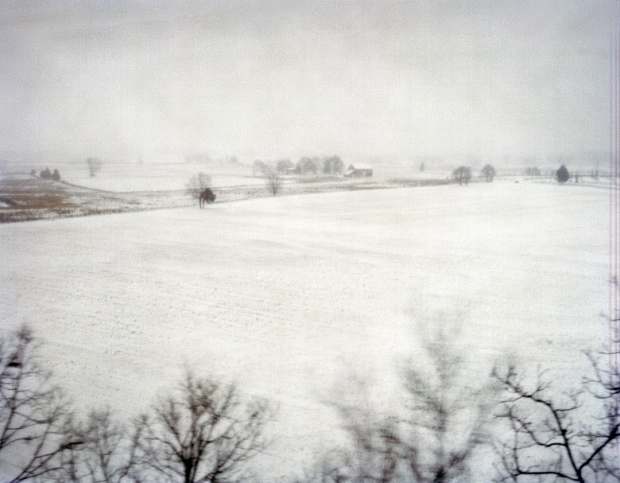 Although diametrically opposed to Jefferson Davis ironically Lincoln in 1864 did have one goal in common with the rebel leader – a desperate need for military victories.  To break the stalemate in Virginia Lincoln shakes up the Federal chain of command and promotes Ulysses S. Grant to Lt. General of all Union Armies – a post last held by George Washington during the American Revolution.

Grant takes charge in the East putting Gen. William Tecumseh Sherman in command of the Union Army in the West promising Lincoln a concerted effort to strike at the heart of the Confederacy in the coming spring campaigns. 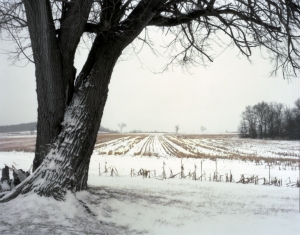 “Grant had a common sense approach to fighting, laced with a bulldog’s tenacity”

In early 1864 when Confederate General James Longstreet, Grant’s best man and former classmate turned adversary, upon hearing of Grant’s new command warned, “That man will fight us everyday and every hour till the end of the war”*****

By 1864 the nature of the Civil War was changing.  Officers in both armies remarked that by this point in the war, anytime the soldiers would stop on a march they would immediately begin to dig in.  Using bayonets, spoons or anything at hand to dig a ditch to protect oneself.  This was a natural evolution after three hard years of combat and would define the look of the Civil War Battlefield through the end of the war.

Out west, where the fighting was more mobile, the Union’s new commander set his sights on Georgia and the City of Atlanta.  As the western armies began their march into Georgia,  William Tecumseh Sherman summed up this new feeling within the armies when he said,

“War is cruelty.  There is no use trying to reform it.  The crueller it is, the sooner it will be over”