The Last Days of the Confederacy

The month of April 1865 is arguably the most important month in the history of the United States of America. The four-year-long Civil War was coming to a close and President Lincoln was eager for the country to begin to heal itself. But before the healing could begin the last of the Confederate forces around the country would need to be disbanded or destroyed. In Virginia, Ulysses S. Grant and the Union Army had Robert E. Lee and what remained of the Rebels surrounded at small village called Appomattox Court House.

On April 9th 1865, Lee would surrender himself and the Confederate Army to Grant at Appomattox ending the Civil War in Virginia. But the signing of the surrender at Appomattox was not the end of the war. In North Carolina, as well as other parts of the south, Union and Confederate troops were still engaged in fighting and it would take another month before the conflict would finally reach its end. During this critical and uncertain time for the country the President would be assassinated and jeopardize the lasting peace Lincoln had hoped for in the wars’ aftermath.

In 2015 the National Park Service hosted a week-long commemoration of the Confederate surrender at Appomattox Court House Historical Park. Inviting descendants of Union and Confederate veterans to march in their own commemorative parade thousands of Americans attended the ceremonies where reenactors in Confederate grey stacked their rifles and folded up their battle flags once again under the respectful eyes of their Union hosts in blue.

Click the link below to see the images and story about the Confederate surrenders at Appomattox, Virginia and Bennett Place in Durham, North Carolina.

The Last Days of the Confederacy

The Union breakthrough at Petersburg on April 2nd. 1865 precipitated the last campaign of the Civil War in Virginia. General Robert E. Lee and what was left of the Confederate Army were retreating west in an attempt to escape the pursuing Federals. The last campaign in Virginia would devolve into a seven-day continuous battle broken only by all-night forced marches and end at a place called – Appomattox Court House.

After gathering supplies Lee hoped to consolidate his army and turn south for a forced march into the Carolinas.  There he planned on joining forces with Gen. Joseph Johnston and continuing the fight.

Lt. Gen. Ulysses S. Grant had no intention of letting Lee escape.  The Confederate Army was at last out in the open and Grant intended on finally crushing the Army of Northern Virginia. Grant would use his superiority in numbers to block Lee’s route south and finally destroy the Confederates or force their surrender.

The resulting campaign would end the Civil War in Virginia, lay the ground work for the future of the United States and would be the beginning of the Long Road Home for the soldiers of the American Civil War.

Click the link below to see the images and story of the Last Campaign:

In January of 1865 William Tecumseh Sherman leads an army of sixty thousand across the Savannah River and enters South Carolina for a march intended to lay waste to the Palmetto State. Seen by Sherman’s troops as the great instigator of the war South Carolina would now reap what it had sown four years earlier when it was the first of the southern states to secede from the Union. 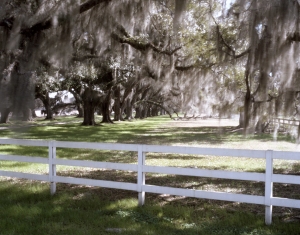 The 420 mile journey would be longer and more treacherous than Sherman’s recent March to the Sea. The winter rains would require his armies to bridge every river and corduroy nearly every road they would cross during the march. Like his recent excursion through Georgia the friction match would replace the rifle as the standard infantry weapon.

In fact all across the South Union armies were campaigning and bringing the last vestiges of the Confederacy to heal. In the early spring of 1865 Union and Confederate troops would fight the final battles of the Civil War.

Click the link below to see the images and story of Sherman’s Carolina march: